My daughter went to her first comic con three years ago, a little after I went to my first historical ball.  Like me she immediately knew she had to do more.  That first year I think she went to three, one in St. Louis, one in Kansas City and one in Chicago.  The friend she went with was only interested in getting pictures and autographs. She could clearly see there is much more to the experience — costumes.

This weekend she is going to the ultimate mid-western comic-con, C2E2.  She is packing three costumes for three days.  I will be posting pictures after the event but it made me think about how she got to where she is in her cosplay.

Since I am not the wonderful mother that I had I have not worked on teaching her to sew.  (Its not that I didn’t try, but that is another story.) So I have been recruited to help with the costumes. I’ll admit it hasn’t taken too much arm twisting.  Her first costume was very simple.  People who watch Dr. Who will recognize her as Clara.

She already owned a black sweater and white blouse and I had the red plaid in my fabric stash. I just had to create an asymmetrical wrap skirt.  Easy peasy.

Next she wanted to be Marvel Agent Carter.  It must be pretty popular since I found a pattern that looked exactly like what she wanted. And it was an easy to create and fit dress.  She just had to find a purse, shoes and hat.  The hat is actually a plastic party hat from Party City, but it works.  The purse and shoes came from Goodwill. This is one of her favorites because the Captain America’s like to take pictures with her. 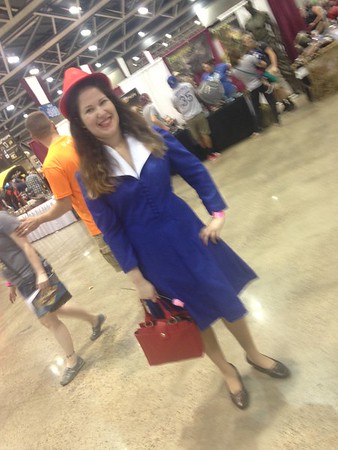 Being a huge Disney fan she decided she needed a princess cosplay, too.  For this one she found a purple dress to restyle. 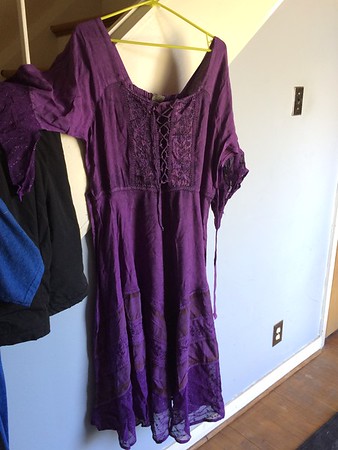 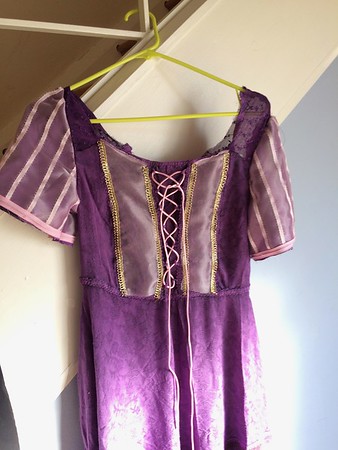 This one was actually harder than we thought since the dress was a XXXL and she is a small/medium.

This year she will be debuting a new cosplay.  I’ll share pictures of all in action next week.  And if anyone sees her in Chicago please say hi!